Tradition and Innovation in Church Furnishings from Early Christian to Romanesque 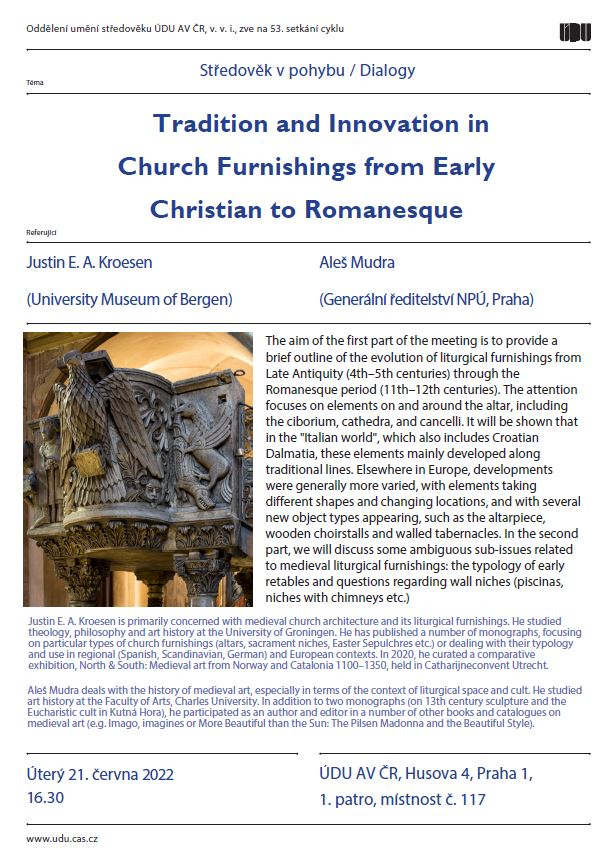 The aim of the first part of the meeting is to provide a brief outline of the evolution of liturgical furnishings from Late Antiquity (4th–5th centuries) through the Romanesque period (11th–12th centuries). The attention focuses on elements on and around the altar, including the ciborium, cathedra, and cancelli. It will be shown that in the „Italian world“, which also includes Croatian Dalmatia, these elements mainly developed along traditional lines. Elsewhere in Europe, developments were generally more varied, with elements taking different shapes and changing locations, and with several new object types appearing, such as the altarpiece, wooden choirstalls and walled tabernacles. In the second part, we will discuss some ambiguous sub-issues related to medieval liturgical furnishings: the typology of early retables and questions regarding wall niches (piscinas, niches with chimneys etc.)